Episode 94 with Ryan Dawson, researcher, historian & political activism in a variety of mediums: blogging, radio, books, film, and television. His most recent film is called The Empire Unmasked & some of his past films, which you can find on YouTube are More Than Taboo, 911 And War By Deception & Decades Of Deception.
We have an almost 3 1/2 hr conversation about everything from historical events like 9/11 & JFK assassination to MMA, UFC & comic books. Ryan also shares some personal stories he has never talked about publicly before & is exclusive to The Ripple Effect Podcast.
Ryan Dawson has appeared multiple times on Russia Today, Press TV, Al Jazeera, anti-war radio, Eddie Bravo Radio, George Galloway, Pat Buchanan, and a variety of radio shows and podcasts.

i didn’t know he was gonna go full loose change parrot on the pentagon after I wasn’t on the air.
Let me address all the bullshit you said when I wasn’t there to defend my position

As for the cameras
The only cameras they had were in place filming the parking which was anticipating people walking to their cars not a fucking plane going 300 miles an hour which crossed the parking lot in half a second. There were only two videos and both were released. This idea about 84 cameras that you got from loose chumps is false. that FOIA request was for the initial search that includes (for example) all videos obtained by the Washington Field Office. This is all potential video remotely in the area at all and they’re all listed https://web.archive.org/web/20080208102217/https://www.flight77.info/85videos.html

Even if there were zero videos, the case doesn’t rest on video, 100% of the physical evidence is of a plane, given that the plane parts were you know still in the fucking building. 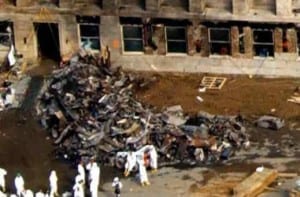 Here are the engines https://www.aerospaceweb.org/question/conspiracy/q0265.shtml 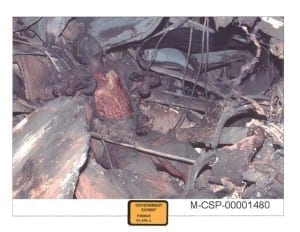 As for your friends who thinks it is impossible to do “such a maneuver” what maneuver are you talking about?? because the mythical loop and dive, never happened. Here is the flight path https://www.911myths.com/html/flight_path.html the loop he took was way before the pentagon and he hit it going in a perfectly straight line. Anyone who can land a plane on a runway can hit the first floor of a building. All you do is not put the wheels down and not decelerate. Of course people reject a fancy maneuver just like they say a plane cant fit into a 16foot hole. Well no shit you dont need to abe a pilot or engineer to think that. The problem is the information about the hole and the maneuver are false. there was no special dive and the hole was 90 feet across. Its nothing special to get people of any level of education to agree with you if you lie to them. 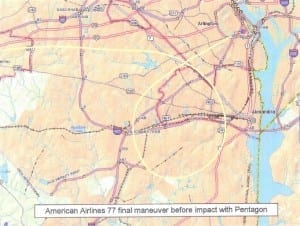 Here is a paper on the methods of the DNA collection, remember if you are going to flatly deny this you are going to now have 5 pathologist and an entire department all in on it and keeping it secret. https://www.cstl.nist.gov/div831/strbase/pub_pres/Edson2004.pdf see pages 82-84 that’s p21 in the pdf

By Nov 16 they had positive identification of 184 of the 189 who died in the terrorist attack on the Pentagon. “… 64 were passengers on American Airlines Flight 77. Only one of those who died made it to the hospital. The rest were killed on site, and for some, only pieces of tissue could be found. ”
A total of 12 forensic pathologists, assisted by two AFIP staff pathologists, headed the investigation team. Here some names, these people are all still alive and still working if you want to call them. Dr. William C. Rodriguez forensics Demris Lee
technical leader of the Nuclear DNA.
more 911research.wtc7.net/cache/sept11/victims/dcmilitary.html

And lastly I made a film just for special people about the pentagon all you had to do was type a plane hit the pentagon in youtube httpss://www.youtube.com/watch?v=kccd1EvObNI

1 You have no motive for a missile why attack New York with Plane but in DC pull this switcheroo bullshit where you make a plane and passengers disappear hit the building with a missiela nd then go knock over light poles and plant burning plane parts and bodies…. do you know how fucking stupid that sounds?
2 You have no evidence for a missile
3 You will have to claim all the witnesses are lying, al lthe people on I-395, all the EMTs all the firemen, all the employees, police, etc
4 You have to deny all the physical evidence is real, the Holes, the pieces of plane, both of wich are photographed, filmed, and witnessed by hundreds of people
5 You have to say the DNA tests are fake and everyone involved in it is a liar
6 You have to explain where flight 77 went as everyone saw it go TO the pentagon and no one saw it fly AWAY from the pentagon. And do not compare that to the Malaysian flight which fell some in the OCEAN this is over land on the densely population area of DC and Northern Virginia. 7 You also have the transportation sec’s testimony about the plane being 30 miles out and 20 miles out 10 miles out which Cheney refused to allow them to shoot down.

you can still see the left side of the hole

you can still see the left side of the hole 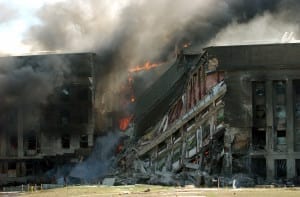 Firefighters work to put out the flames moments after a hijacked jetliner crashed into the Pentagon at approximately 0930 on September 11, 2001.

Some will ask why some columns are there. Well is not a tom and jerry cartoon where the hole of a cat is in the shape of a cat, some spots where only the wings hit only broke the outer wall and not much further. the fuels in in the wings

Lastly all you had to do was type a plane hit the pentagon in youtube A Plane Hit the Pentagon I made a video for special people. People hear spooky stuff and they run with it without trying to falsify it. Thats the difference between a researcher and a repeater.

I can be a dick about this issue, that is because I am SO sick of having to explain it one at a time to people. Lack of tact aside, I’m still right. And we cant move forward with 911 until the crazy shut their mouths.