Some Democrats in leadership positions like the President and former Sectary of State have been plying lip service to the anti-gun crowd. But at the same time they ship guns to terrorist organizations and dictatorships all over the world.

Guns to Libya went through the US and UK and the state department had them taken to Syria through Turkey using the Muslim Brotherhood. Guns to Mexico as I’m sure you heard about went through the fast and furious program with the ATF and ICE. Lesser known was operation Mayan Jaguar where the CIA rendition planes were being used to transport narcotics to Europe from South America. That’s how they paid for the guns. In Ukraine it’s more complex as the National Endowment for Democracy served as an umbrella NGO for a series of other smaller NGOs who were bringing in weapons to extremist groups but at the same time Chechens brought in weapons that NATO had supplied them long ago. The US is allied with dictatorships all over the world, And terrorist groups from Jundallah to Arar Al-Sham have been armed by the US. 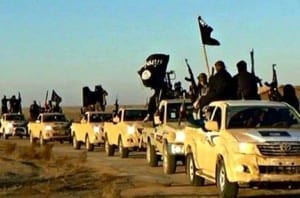 Overtly the US is the biggest arms dealer in the world. This goess way beyond guns though, it’s fighter jets, just look up F35 sales. Also in Syria the US gave trucks and equipment to ISIS by aiding the FSA and claiming oops ISIS stole it. Ultimately the war on drugs has killed more people than Syria. Democrats complain about Trump’s views on illegal immigrants and yet Hillary gave us NAFTA which dropped the GDP in Mexico by 30% and destroyed their agrarian economy. She, as Secratary of State, ran guns to Several drug cartels, but she gets a pass. After all she’s not a Republican so it’s OK.

If you want to see specific arms exports done legally Saudi Arabia bought 9.3 billion last year The U.S. is responsible for nearly 33% of worldwide exports. CNN did a report on May 25 this year

This issue always becomes a hot topic after a mass shooting in the first world. Immediately after the shooting rampage in Orlando you had all the perspective groups predictably blaming their go to targets without waiting even a day to flush out the specific facts about the attack. The Left was blaming guns and the Right went seeking for connections to Islam. The alt panic-media said “false flag” before the gun barrels had even cooled off. Meanwhile, the Left does gymnastics to avoid blaming Islam and the Right does the same to avoid blaming easy access to guns. It’s odd to me that they don’t just blame the person who did it. Apparently personal responsibility and accountability have been lost.

There are hundreds of millions of responsible gun owners and hundreds of millions of Muslims who are not shooting people in gay bars. The right wants to blame a religion for creating the persons extremist views and giving him the motive to shoot homosexuals. That’s the faith not the person pulling the trigger being blamed and they ignore the means. The left want to blame the gun, the tool, for giving him the means to shoot people people. They blame the weapon not the man and ignore the motive. The reality is they’re both partly right and partly wrong. Sure this person’s version of Islam probably did motivate him to act the way he did. But its the individual corrupting the religion not the religion corrupting the individual. And sure getting guns easily made it easier for the killer to kill. He used a hand gun and a semi-automatic weapon. I heard cries to ban automatic weapons. They are banned already, that wasn’t even what was used.

The right will point out incidences where the would be victims have returned fire and stopped shooters, robbers etc. All true. The Left will point to cherry picked gun statistics in places like Japan which outlaws guns and doesn’t have any mass shootings or any regular murder shootings all year long. Also all true. Both are in their echo chamber. Because the right is ignoring the many times gunmen have killed in non-gun free zones. And the Left are ignoring all the countries that do not have the right to bear arms which have just as big of a problem with violent crimes and guns deaths as the US does. From Columbia to South Africa tens of thousands of people die from gun violence in countries where the prevailing religion is not Islam and they do not have the right to bear arms.

Since Hillary Clinton’s State Department sponsored coup, Honduras has become one of the most violent places in the world with a firearm death rate per capita 6 times higher than the US. The following all have higher Firearm-related death rate per 100,000 population per year, Uruguay, South Africa and Panama (one and a half times the rate) Brazil (nearly double the US rate) Columbia and El Salvador (nearly two and a half times the US rate) Guatemala, Swaziland, and Jamaica (triple the rate!) Venezuela (5 times the rate) and Honduras (six times the rate) and then there are comparable rates in Mexico (which has very strict gun laws), Montenegro, Paraguay, Philippians, and Costa Rica. And of course places like Syria (which probably regrets not having the right to bear arms) the Congo, Libya, Afghanistan, Iraq and other in current conflicts of war are not being included in these stats. Note that And US liberals don’t seem to have a problem with Israeli settlers having semiautomatic weapons that the US pays for, even while this group is not an act of individual terror, it’s an act of state sponsored terrorism and land theft where the native population is being ethnically cleansed.

You know what key factor leads to violent crime? It is not Islam or access to guns. It’s poverty. Banning guns just like outlawing drugs, will not stop shootings, as is clearly shown by all these nations annually having thousands of gun deaths. Drugs laws hold the same pattern. You can point to a country like South Korea or Japan where drugs are just ass illegal as in America or the UK and yet the US/UK have major problems with illegal drugs, heroin in the UK in particular. Yet in Japan, it’s rare to even see a person using marijuana. Why? The laws are the same. Its because the legality or illegality has very little to do with it. The cultures are different.

Japan doesn’t glorify drug using Hollywood and MTV and the US does. The Japanese are no less susceptible either. They regularly smoke cigarettes and drink alcohol even more than the US does. They don’t out drink the British but few nations do. [For god sake if you had to live in Wales or worse, England, eating British food everyday, wouldn’t you do the same?!] Now I am not blaming TV for drug use. I am pointing out that this is just a small part of an agenda to encourage something illegal for a profit opportunity.

The CIA facilitates in the global drug flow and the prion system in the US benefits from this as well. It is very costly to have the worlds highest incarceration rate with over two million people locked in cages. Each cage was coupled with court cost as well. It is the US that helped radicalize the Middle East as well and the US who supports religious fanatics both Muslim and Jewish in places like Saudi Arabia and Israel.

Now earlier I said the alt panic-media screaming false flag. Jones-town always does this. They do this before there is any evidence, and it undermines the case later when there might be evidence of an actual set up. Unlike the school shootings in recent years which had the everything-is-a-conspiracy crowd up in arms. (pun intended) Yet finally Alex Jones is on board with blaming radical Islam instead, which should make a red flag pop up. If co-itelpro is pushing that narrative rather than his role of making second amendment advocates look like crazy people as he did on Peirce Morgan, then there must be something to hide.

This Orlando shooting smells rotten. First the shooter, Omar Mateen, claimed connections to Al Qaeda (ISIS) which is Sunni, and then later changed his story to Hezbollah which is Shiite and currently fighting Al Qaeda in Syria. In reality, he doesn’t have any connection to any group. He’s a loser caught up in the hype, fame and glory of becoming a feared terrorist member. Like the other mass shooters this guy appears to have ben (too late to tell) mentally ill. Hezbollah for the record has never attacked the United States and yet they have and are attacking Al Qaeda who ironically the US is supplying arms. Omar had met with the FBI on three different occasions. He worked for G4S plc a UK security firm yet simultaneously was on a terrorist watch list? Interestingly G4S, at which one of the suspected shooters was employed, had ‘caved in‘ a few months ago to BDS pressure to terminate their business activities in Israel. In retaliation, Israeli Minister of Internal Security Gilad Erdan told the Jerusalem Post on May 22nd that “G4S will pay the price” for taking their business away from Israel. That proves nothing but it is interesting t me given Zionst groups like Pam Geller‘s and their inspiration for the Norway shooter who shot up an island full of kids at a pro Palestinian rally. How and from whom he got 100k in his bank account one year still has not been figured out. 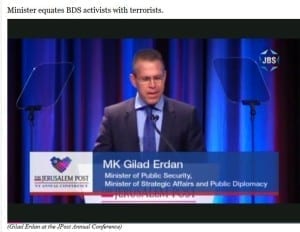 This is what you have to understand. The US and it’s affiliate MIC profiteers want these acts of terrorism to happen. It justifies massive spending on security as well as maintaining military interventions. How many members of Al Qaeda were let out of jail in Libya, Syria Yemen, Gitmo? Why are they always being released? Why are terror suspects allowed to work in high level security firms? Its the same reason the CIA allowed Ricky Ross to sell crack. This is the game they play. They want a drug war and a war of terror because they need them to justify themselves. It is just like Fahrenheit 451. They put out the fires they set themselves. We need to rein in the CIA. We need to stop supporting coups and military intervention which have destabilized economies and have created a refugee/illegal immigration crisis. Again and again the US government agencies are facilitating terrorism and narcotics traffic and yet the TV has the left and right squabbling in debates about the right to bear arms and or Islamic radicals, which out looking at the real root of the problem, the source the causes of the violent acts. Stop arming Al Qaeda in Syria, stop arming Israel and Saudi Zealots. And End the pointless and fruitless war on drugs.
Related
FBI entrapped suspects in almost all high-profile terrorism cases in US
Only 1 percent of “terrorists” caught by the FBI are real